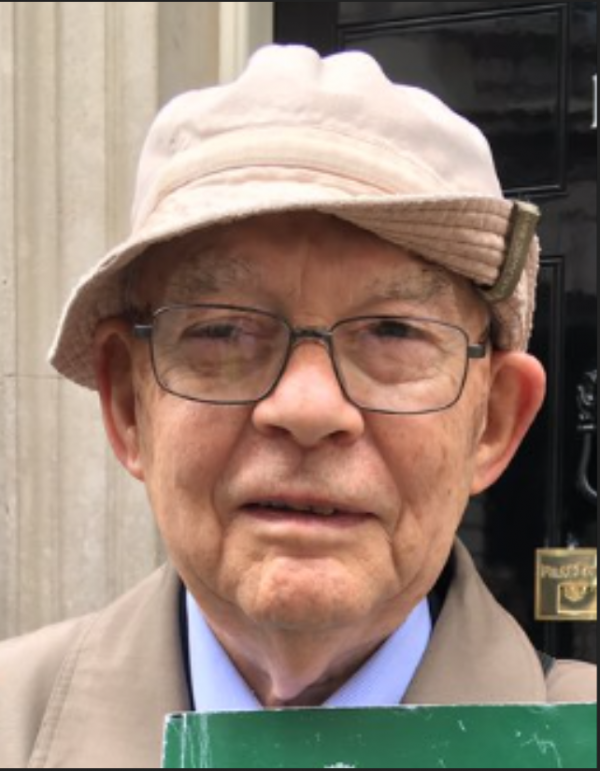 I have been registered blind due to glaucoma since 1998 and joined the NFBUK in 2014. I have been a delegate to NFBUK AGM Conferences for Central Branch since 2014

I was born with very short sight and had spectacles from the age of 5, but had a successful career in commercial art becoming a studio manager and later a college lecturer in art Then doing a degree in Art History.

After retiring in 1994 I became a member of the Forest Sensory Services , a charity for the Blind in West Gloucestershire near where I live 11 miles from Gloucester. I was Chairman of the Trustees for 6 years until 2010 and now teach Braille at this charity.

For the past 4 years I have campaigned in Gloucester and Cirencester for the removal of Shared Space systems in these towns and with others been successful in stopping the removal of a Push Button bleeper type crossing near the Bus Station For the last 4 years I have been to 10 Downing Street to hand in a Petition protesting against the use of Shared Space schemes in the UK. Also in connection with this protesting met Lords and Ministers of State and MPs to put the case for the discontinuation of Shared Space in the UK. I have designed T shirts for the NFBUK which I hope can help to recruit more members for the Association. I believe the success of the NFBUK lies in having more active members to campaign to ensure the mobility of all blind people.